Carol Ash will help create a nonprofit advocacy group that will also raise funds for projects in the nation's oldest parks system. 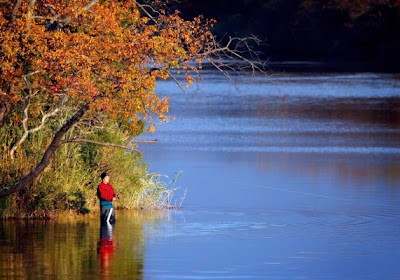 After Gov. David A. Paterson threatened earlier this year to close as many as 90 of the state's 213 parks and historic sites, parks Commissioner Carol Ash decided she could best protect the system from the outside.


Ash, who quit last month, is starting that effort by helping create the Alliance for New York State Parks, a nonprofit advocacy group that will also raise funds for projects in the nation's oldest parks system.


In her first public comments since leaving the administration, Ash told Newsday the Albany-based Alliance hopes to raise $10 million in private donations over the next few years while pushing hard for no further cuts.
We sustained cut after cut after cut of key personnel including police and maintenance workers," said Ash, who became commissioner of the Office of Parks, Recreation and Historic Preservation in early 2007. "One of the things we will be advocating for loud and clear is the parks department simply cannot sustain more people cuts. If you include seasonal workers, we're down nearly 1,500 people" in two years.
Paterson plans to cut another 90 park employees by the end of the year. Ash said more cuts would result in deterioration of facilities that would drive away visitors. Long Island has more parks and more park visitors than any other region.
"I realized I could talk to the new administration much more fully" if she made it clear she was not interested in remaining as commissioner, Ash said.
She was encouraged by her discussions with the staff of incoming Gov. Andrew Cuomo, who announced in a pre-election position publication that "Keeping our parks open for eco-tourism, environmental education and recreation has obvious financial benefits."
Cuomo also said the agency must rely more on partnerships with not-for-profit organizations. "We're going to help him figure out ways to keep the parks open," Ash said.
The alliance is part of the nonprofit Open Space Institute, a land trust that has purchased more than 100,000 acres in the state to protect them. The initial staff consists of Ash, who will work part-time as an "adviser," and Erik Kulleseid, previously Ash's deputy commissioner for open space protection and now the alliance's director.
The group will fight future park funding cuts by helping to develop friends and users groups, and working in conjunction with the existing statewide park advocacy group, Parks & Trails New York. It will also identify a dedicated funding mechanism similar to Montana's vehicle registration surcharge or a plastic shopping bag surcharge in Washington, D.C.
After raising at least $10 million from corporations, foundations and individuals - something Ash is confident of doing despite the weak economy - she said "we will choose one, two or three projects around the state where we can actually make a difference."
Robin Dropkin, executive director of Parks & Trails New York, which advocates but does not provide funds for parks, welcomed the new group. "Parks are in such desperate straits that we need all of the advocacy organizations that we can muster," she said.
"We welcome the alliance's efforts to raise private support for park operations and rehabilitation of deteriorated public facilities," said acting parks Commissioner Andy Beers.
Posted by David M. Quintana at 11:58 PM